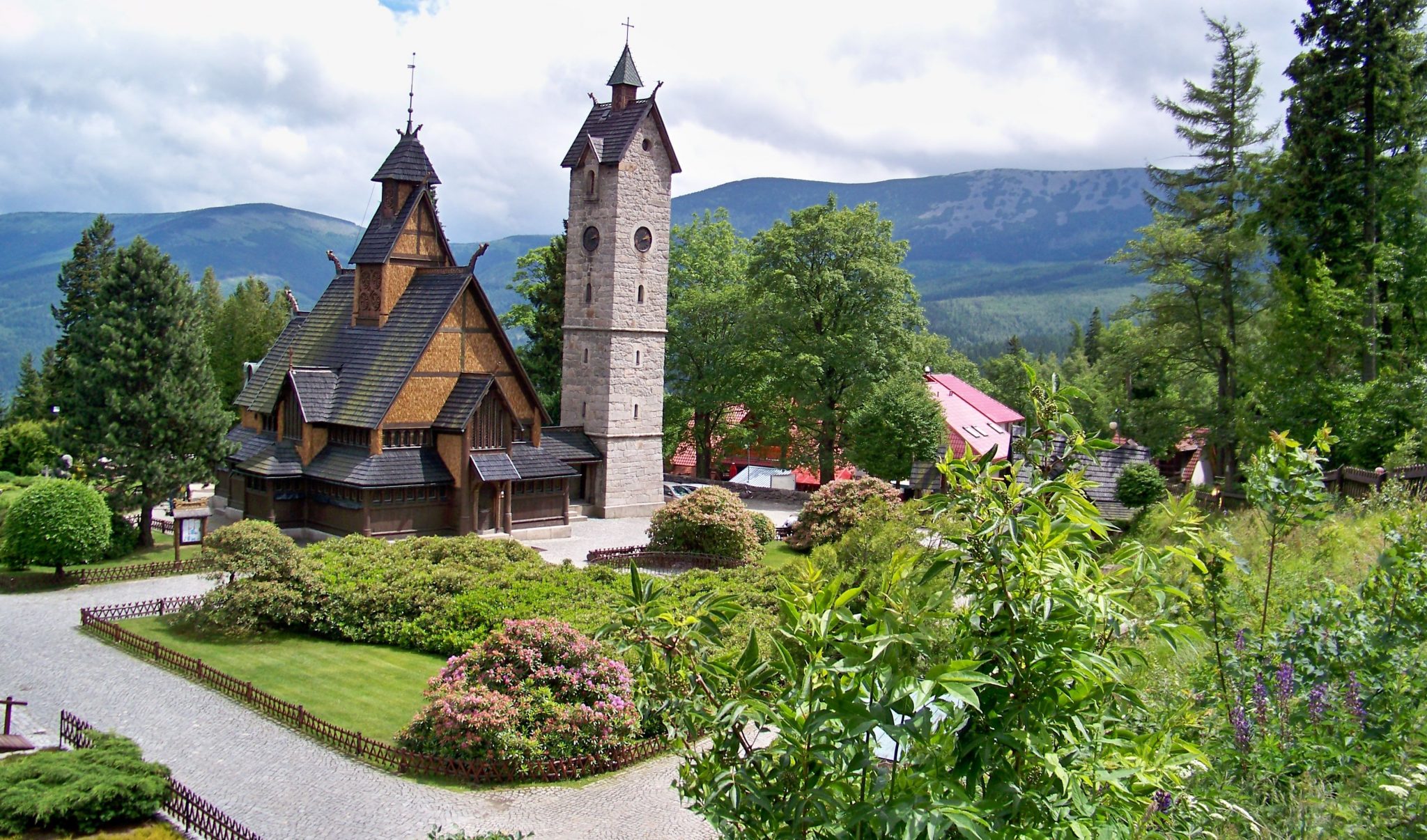 When the winter snows melt and the trails in the mountains become more friendly and accessible, many of you set off to the mountains to reach the highest peak of the Karkonosze Mountains and whole Lower SIlesia – Śnieżka. We understand it perfectly, because to be in Karpacz and not to stand on its top is like … not to be in Karpacz.

Situated at the foot of the Karkonosze Mountains, a tourist destination, and at the same time one of the most visited resorts not only in the Sudetes region, but in the entire south-western part of Poland. The contemporary Karpacz was created from the merger of four small villages, inhabited during the previous centuries by local shepherds, herbalists, miners looking for deposits of precious stones, as well as the Protestant population expelled from the Czech Republic. The town, despite the large number of tourists, whom we will meet on the narrow and winding streets, among the historic villas from the turn of the century, regardless of the season, both in winter and spring and summer, has retained the atmosphere of an intimate mountain resort.

The biggest attraction of the region – actually a symbol of both Karpacz and the Karkonosze towering over it – is of course Śnieżka, the highest peak of the Sudetes, rising to a height of 1602 m above sea level. From the top of the mountain there is an amazing view of the surrounding area – especially, but not exclusively, on sunny winter days, when all the nearby slopes and paths up to the horizon are covered with a thick layer of white, frozen powder. The three routes of trail to Śnieżka allow you to get to know and see this unique place from different perspectives, each time providing an unforgettable experience. Anyone who has been at the top once, climbing it from the west, should also try their hand at other routes – whether it is the winding paths leading through Sowia Dolina and then along the ridge through Czarna Kopa, or the route through the extremely picturesque Kocioł Łomniczki.

Fortunately, however, on Śnieżka, the attractions in Karpacz itself or around it do not end at all. The second most famous point on the map of the area is the wooden Wang Church. The Norwegian temple, which the Normans erected in the town of Vang at the end of the 12th century, after unfolding, was transported at the request of the Prussian king to Berlin, from where – thanks to the efforts of Frederica Karolina von Reden, an aristocrat and patron of the arts living in the estate in Bukowiec – finally ended up in Karpacz Górny . From the mid-nineteenth century, a small church, decorated with ornaments typical of Nordic culture and signs of runic writing, has served the local Evangelical-Augsburg parish. Tadeusz Różewicz, a poet, playwright and prose writer, honorary citizen of the city, was buried in the churchyard.

Besides mentioned sites in Karpacz alone, there are two museums worth paying attention to: the Sports and Tourism Museum founded in 1974, documenting the development of the entire region of the Western Sudetes; and a slightly younger one, created exactly in the mid-90s of the previous century from the collection of Henryk Tomaszewski, the Toy Museum, whose collection today includes figurines, dolls and other exhibits showing the development of toy making over the last 200 years. When walking or driving along a fragment of ul. Strażacka in Karpacz, it is necessary to pay attention to one of its sections, known more widely as the place of gravitational anomaly, where a released ball or a car with the engine turned off, in spite of the common laws of physics, will roll not downwards, but upwards!