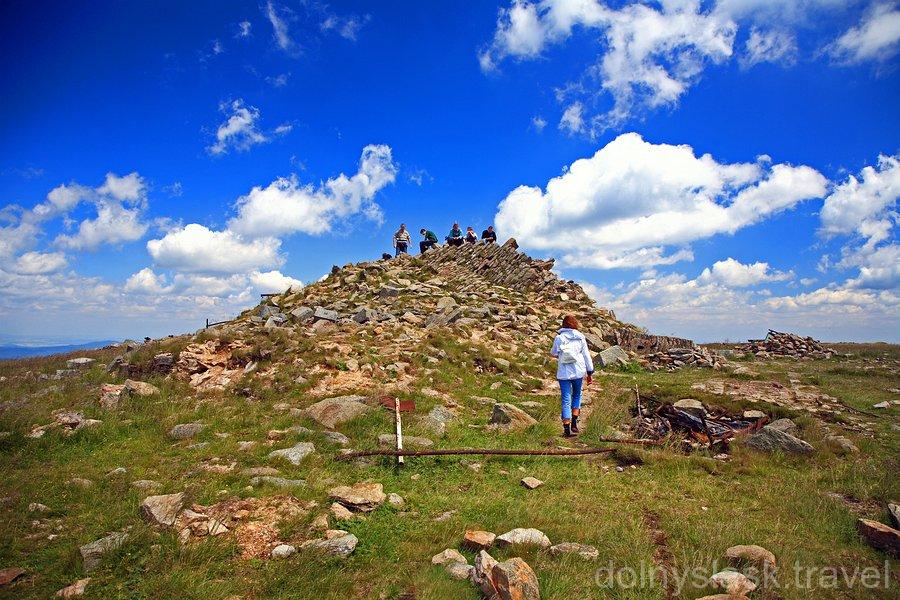 The south-eastern corner of the Kłodzko Valley is occupied by the enormous Śnieżnik Massif. It is the second largest mountain group in the Polish Sudetes. It stretches from the Międzyleska Pass in the south to the Biała Lądecka valley, which separates it from the Złote Mountains.

It is separated from the Bialskie Mountains by the Morawka valley and the Płoszczyna Pass. It closes the Kłodzko Valley from the east. The climate is very harsh, the top parts of the mountains should be classified as high-mountain climate.

The highest peak – Śnieżnik (1,425 m above sea level), from which six flattened mountain arms extend in all directions, is covered with snow for over half a year. Hence its name(śnieg means snow in Polish). Another significant hill is also Czarna Góra (1206 m) – steep, lofty, with a black cap of spruce forest and a wooden observation tower at the top. The entire massif, with the exception of the top, is covered with uniform forests, mostly spruce (19th-century plantings), although there are also beautiful mixed forests. The forests are cut by tens of kilometers of paved roads built in the middle of the Nineteenth century for the needs of industrial logging, and today for walks. In narrow, dark valleys lie the two most important towns of the Śnieżnik Massif – separated from the world, captivating Międzygórze, with a large tourist base, and the former mining town of Kletno with interesting former uranium mine.

The biggest tourist attractions include: Bear Cave in Kletno, Maria Śnieżna Sanctuary on Igliczna nad Międzygórze, Wilczki Waterfall, Garden of Fairy Tales in Międzygórze, Trójmorski Wierch and Marianske Rocks. In addition, it is worth visiting the vicinity of the Płoszczyna and Puchaczówka Pass, the shelter at Hala pod Śnieżnik, Bolesławów (an extinct but with an amazing atmosphere, a town in the heart of the mountains) and the Susziny and Podbelka range, where there are remnants of war fortifications from 100 years ago. In 1997, the huge ski complex “Czarna Góra” in Sienna was opened at the Śnieżnik Massif.