The cultural inheritance that has been experienced by the contemporary inhabitants of Lower Silesia is, in fact, priceless. To the turbulent fortunes and the multinational society that contributed to the history of the region, Lower Silesian people owe to this day enchanting and mysterious castles, richly decorated palaces and magnificent sacred buildings, which together give larger or smaller towns and villages of which they are treasures a truly unique character. But history has not treated all the creations of human hands and thoughts with the same kindness.

Apart from places that attract thousands and tens of thousands of tourists every year – Hala Stulecia, Wrocław Ostrów Tumski, churches of peace in Świdnica and Jawor, Cistercian monastery complexes in Lubiąż and Krzeszów – in Lower Silesia you can find many other architectural objects, sometimes no less valuable although unjustly forgotten and abandoned. Some of them enjoyed their own splendor not so long ago, today only a vague memory remains, a trace of the past.

Passing through the village located 30 km east of Głogów, called Oderbeltsch in pre -war period (called after nearby Odra river), we come across an abandoned neo-baroque palace. The full beauty of the building, erected at the beginning of the previous century, around which there is a park complex with a pond, can still be seen in the photographs from the 1930s and 1940s. What happened to it later, unfortunately, has little to do with the idyllic atmosphere that radiates from the surviving photos. After the war, the palace interiors were adapted for school and educational purposes, which they were used continuously until 1997. A few years later, local councilors handed over the ownership of the palace to a certain foundation, which – as it turned out later – triggered a series of tragic events. Sold to a private owner and left unattended, the palace was stolen and devastated by hooligans over the next years, and the destruction was done by a fire that in May 2016 destroyed almost the entire roof …

A similar fate befell the former manor house in Wojcieszów, erected most probably at the end of the 16th century at the request of the von Redern family, which at that time owned some of the local landed estates. At the end of the 19th century, Richard Friedrich Wilhelm Ludwig von Bergmann became the owner of the Wojcieszów manors, which were combined into one property, and it was on his initiative that the palace was rebuilt in 1891 by Wilhelm Rhenius. The residence remained in the hands of the von Bergmann family until 1945. The brick, historic palace later housed, inter alia, scientists from the Łódź branch of the Polish Academy of Sciences, employees of state-owned farms and studs from Dzierżoniów. But again, it was the takeover of the building by a private owner who took out a gigantic loan against it at the beginning of the 21st century that set in motion a spiral of misfortune. The residence was later bought from the bailiff by a fictitious company that used the palace to defraud tax and did not even care about the historic interiors in any way, but simply ruined them, taking away and selling everything that had any value. The judgment of the court in Legnica, which in 2016 decided to deprive the enterprise of the ownership of the palace in Wojcieszów, can be called fortune in misfortune. It is not yet known how the further fate of the palace, until recently put up for sale, will turn out, although the present condition of this once elegant and sumptuous residence of German aristocrats may arouse, to put it mildly, anxiety.

There are not only castles or palaces left to their own devices in Lower Silesia, but also abandoned cities. The history of Pstrąże, located only 20 km from the larger Bolesławiec, dates back to the beginning of the 14th century – the first mentions of local landed estates come from this period. Around 1900, barracks for the German army were built in the town, and less than fifty years later they were seized by Soviet soldiers marching to Berlin. The extensive infrastructure, which included, inter alia, apartment blocks, schools, kindergartens, playgrounds and a café, as well as the ban on Polish citizens from entering military areas made Pstrąże almost self-sufficient. And this is how the next half century passed, the Russian garrison was stationed in the local barracks until the beginning of the nineties. After the Soviets had left the town, they could – there were even plans that were abandoned for some reasons shortly later – by Polish residents. However, things happened differently and Pstrąże turned into a decaying ghost town, which until recently (in 2016 it was decided to demolish the post-Soviet blocks) one of the biggest attractions for city explorers in Lower Silesia.

The history of the town from the vicinity of Jelenia Góra, once considered the smallest and most beautiful mountain town of pre-war Germany, was recently recalled by Filip Springer in his report. Situated in an area rich in mineral and metal ore deposits, Miedzianka (former Kupferberg) from the very beginning of its existence was mainly based on mining. Later, the city was also known for its local brewery, which served customers “Złoto z Miedzianka”, an excellent beer, probably famous throughout the Reich. Nevertheless, the fate of the majority of Miedzianka’s citizens depended mainly on what the miners working here managed to extract from the mountain, through which the shafts of local mines were pierced by a dense network of corridors. It was not brought down by the fire, which repeatedly disrupted the life of a small town, depriving many inhabitants of the roof over their heads. Two great wars, which swept across Europe in the last century, bypassed the peaceful and picturesquely situated Kupferberg. Miedzianka was established and ruined by mining. Soon after the Soviet troops entered the territory of Lower Silesia by international treaties, which were rebuilding from the ruins of the Polish state, it turned out that Miedziana Góra also hides deposits of uranium valuable for the Soviet Union. As a result of the plundering economy of the Soviets, who ordered the mine workers to dig tunnels reaching the city buildings, taking care of the residents’ safety for nothing, the ground in Miedzianka began to collapse, sometimes creating huge gaps. Almost everyone knew that uranium was mined in the tunnels of the R-1 team, and then it was sent to the east, although it was not allowed to speak about it loudly. The ban on renovations in the town and the subsequent decision to relocate the inhabitants to Zabobrze, the newly built estate in Jelenia Góra in the 1970s sealed the fate of the former Kupferberg – only a few houses, a church and memories of those who had to leave it remained in the town. Contrary to everything, especially history, several dozen people currently live in Miedzianka, a new restaurant brewery was opened in 2015, and an educational trail was recently opened in the village. In 2017, the first edition of the Miedzianka Fest reportage festival was held here.

Leaving Rudawy Janowickie and heading towards Bolesławiec, we finally come across Żeliszów. In this small Lower Silesian village there is one of the most interesting monuments of sacred architecture – an Evangelical church from the end of the 18th century. The Classicist building was erected, as some art historians claim, most likely according to a design prepared by Carl Gotthard Langhans, responsible, among others, for the famous Brandenburg Gate in Berlin. Compared to the richly decorated Churches of Peace from Świdnica and Jawor, the temple was decorated very sparingly. The visitors are impressed, however, by the two-story wooden gallery that surrounds the interior of the church, which was built on the plan of an ellipse. It was used for religious purposes uninterruptedly until 1945, when the last representatives of the Protestant community were displaced from the vicinity to Germany, the church survived the war in an almost violated state. Unfortunately, since then, not only the altar has disappeared from the historic interiors, deteriorating with the participation of the local population, who used them for some time as a sheepfold, but also the organs, pews and beautiful chandeliers were stolen. However, the initiative undertaken in 2014 by the “Twóje Dziedzictwo” foundation, which initiated renovation works aimed at restoring the pearl of Żeliszów to its former glory and transforming the temple into a cultural center until recently, may be optimistic.

Dolnośląskie NAJ! A collection of not necessarily known curiosities about Lower Silesia is now available for download! 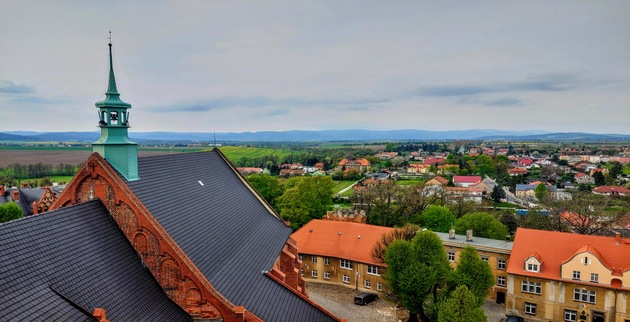 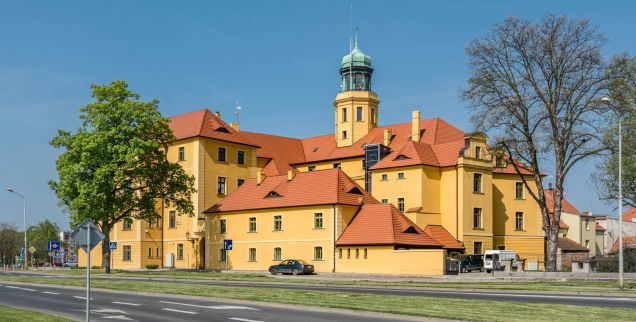 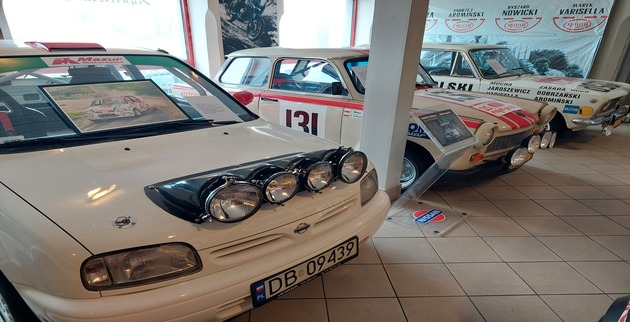 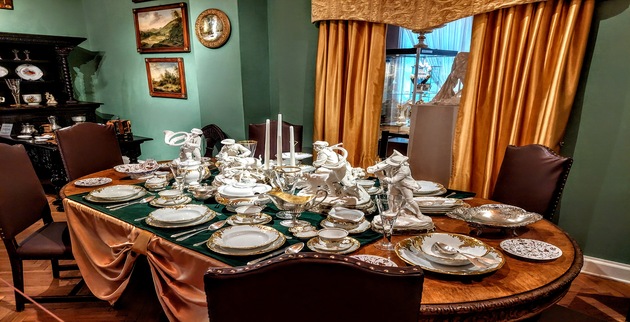 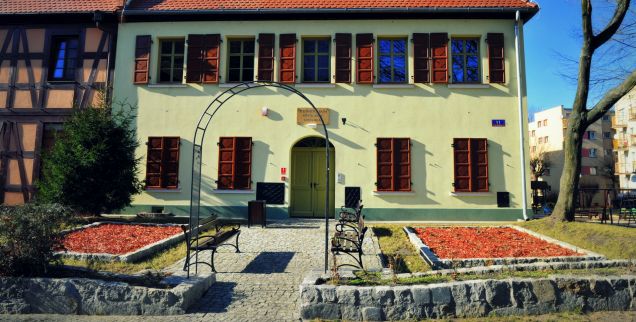 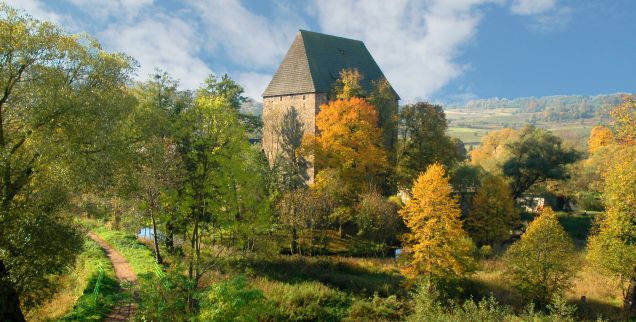 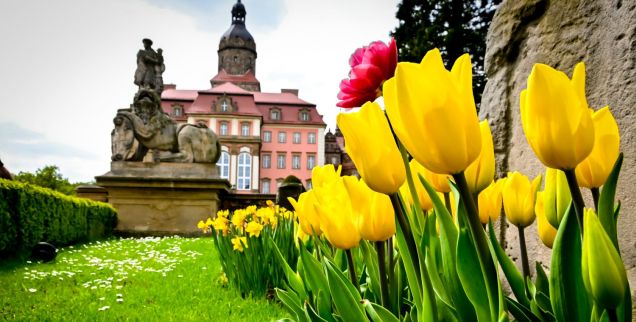