In the Śnieżnik Massif alone, 147 recreational routes, varying in terms of difficulty, have been prepared. The nature of the Stołowe Mountains National Park with its rock towns and rock mushrooms also attracts cycling enthusiasts. A great attraction for cyclists is the “Way of a Hundred Curves”. Other parts of the Kłodzko Valley can boast an equally dense network and perfectly prepared bicycle routes, which, together with the varied topography, attract crowds of mountain, trekking and road cyclists to the vicinity of Kłodzko.

30 villages scattered around the Kłodzko region can be reached by rail with beautiful routes with tunnels and high bridges. Trains running in the Kłodzko poviat are adapted to the transport of bicycles. You can start your trip from any train station in the region, as there are bicycle routes of varying difficulty and a variety of natural and cultural attractions nearby each of them. In the summer season, from April to the end of October, there is a mobile bicycle rental in Kłodzko and Kudowa-Zdrój (mountain, tourist, tandem, children’s, with seats for children and tourist trailers for children). Bicycles are also delivered to any place in the district, as well as picked up from anywhere after the trip. Thanks to this facility, you can easily plan even a one-day bicycle trip.

Cross-border Cyclobuses, i.e. buses with a trailer for transporting bicycles, reach the area of ​​Kudowa-Zdrój and Zieleniec. They run in the summer season from mid-May to mid-September every Saturday, Sunday and Czech public holidays.

We invite you to unforgettable bicycle trips in the Kłodzko region.

Find your way with rowerem.info 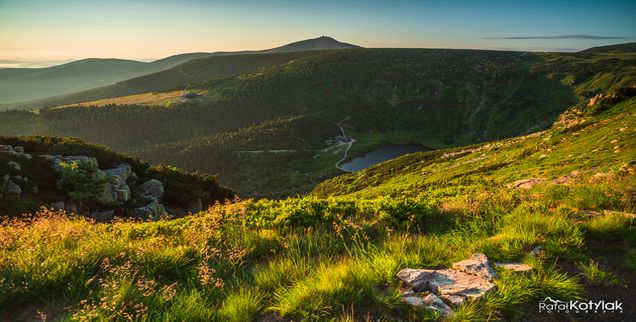 10 THINGS YOU NEED TO DO ON HOLIDAY IN LOWER SILESIA

Our recipe for an unforgettable holiday in the region