Lower Silesia has been known for its mineral waters since the Middle Ages. Already in the 18th and 19th century spas attracted numerous patients from all over Europe. There are a dozen or so health resorts with various therapeutic offers in the area.

Lower Silesian health resorts have a unique microclimate providing rest and recreation. Spa waters support the treatment of many ailments such as rheumatism, neuralgia, heart, skin, cardiovascular, digestive and other diseases. Beautifully located towns, in addition to spa values, also have an interesting cultural and tourist offer. The main health resorts in Lower Silesia are: Complex of Klodzko Spas (Kudowa-Zdroj, Polanica-Zdroj, Duszniki-Zdroj), Ladek-Zdroj, Cieplice Slaskie-Zdroj, Swieradow-Zdroj and Czerniawa-Zdroj. These places have long been valued by crowds of nature loving patients seeking health, as well as both Polish and foreign tourists.

Healing springs can mainly be found in the Sudetes, although they also gush in nearby Trzebnica. Lower Silesian waters are primarily the so-called sorrel – bicarbonate waters with a high content of carbon dioxide. Lower Silesian resorts are also well-known and popular tourist and holiday resorts. Ladek-Zdroj is the oldest Lower Silesian and European spa. Its waters were known already in the 13th century. In 1459, the first healing plant called ‘Jerzy’ was built here. It was named after the owner of these lands, Prince Jerzy of Poděbrady. Lying at the foot of the Golden Mountains, on the rushing crystal-clear and full of trout Biala Ladecka river, the town of Ladek-Zdroj is also a favourite vacation and trip destination for tourists.

On the edge of the Table Mountains lies Kudowa-Zdroj – one of the largest Lower Silesian health resorts. Kudowa has the mildest climate in the Sudetes. The spa boasts of a beautiful Spa Park with original vegetation. There are several public mineral water sources in the park. In 1826, in Duszniki-Zdroj a small town where Frederic Chopin himself was undergoing a treatment. It has a charming market square and parish church whose pulpit was shaped like a whale. Nowadays, every August, famous Chopin Festivals are organized here. In the old part of Duszniki there is a unique monument – Old Paper Mill from the 16th century – today you can see how paper was once produced.

Polanica-Zdroj is located in the wide Bystrzyca Valley, at the foot of the Table and Bystrzyca Mountains which protect the valley from winds making its climate mild, windless and without major temperature fluctuations. ‘Staropolanka’ – excellent mineral water from the source of ‘Jozef’ is widely known all over Poland.

The old health resort Cieplice Slaskie-Zdroj is currently an administrative part of Jelenia Gora. Cieplice springs have a temperature of up to 62 ° C.

The sources of Szczawna Zdroj, in turn, were already known in the Middle Ages. The peak of fame of the spa falls at the beginning of the 20th century when Szczawno was visited by guests from all over Europe and even America. The attraction of the Spa Park are the rhododendrons and Pontic azaleas that bloom in May and June.

Swieradow Zdroj health resort is located on the forested slopes of the Izera Mountains. You will find a toughening mountain climate here. The air and soil in Swieradow are saturated with radon, a gas that enhances the effects of treatment. However, you should consult your doctor before starting the treatment. The boards of health resort offices will also provide advice. Tourists often use sanatorium treatments because they are available to all who would like to strengthen their health. 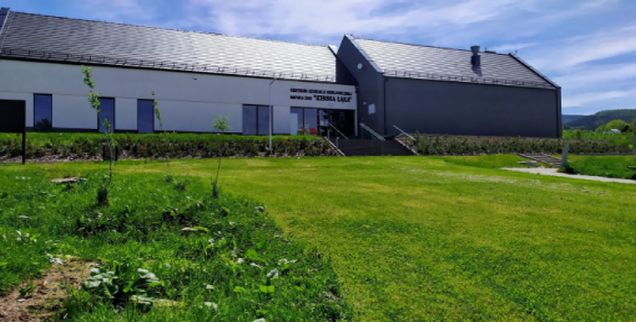 What to see in Świeradów-Zdrój

A health resort full of attractions. 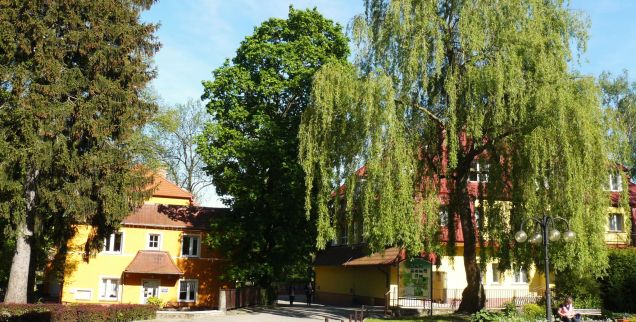 Przerzeczyn Zdroj is a spa town in the commune of Niemcza, located in a quiet place in the Sudetes Foreland at an altitude of about 240 meters above the sea level near the springs of the Sleza river.

Today's Polanica-Zdroj is a spa town with fewer than 7,000 inhabitants. It is located at an altitude of 355-430 m a.s.l. The surrounding Sudetes are not very high mountains but they are captivating with their beauty, picturesqueness and immaculate purity as there is no heavy industry in the area. The spa is located in the picturesque valley of the Bystrzyca Dusznicka River. 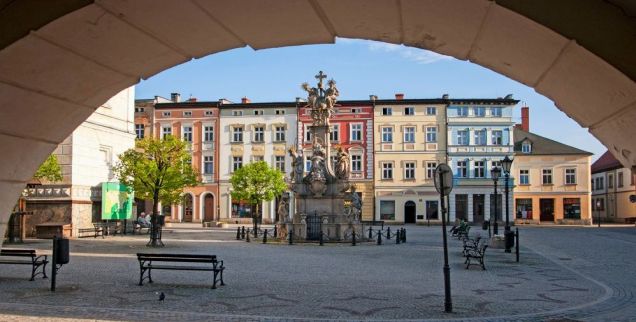 Ladek-Zdroj is located in the south-eastern part of Klodzko Land in a narrow structural basin along the Biala Ladecka River and on the hills surrounding it. The whole area is covered with magnificent beech, mountain elm, larch, sycamore, spruce and fir trees and surrounded by small but beautifully shaped hills with many paths and walking routes. 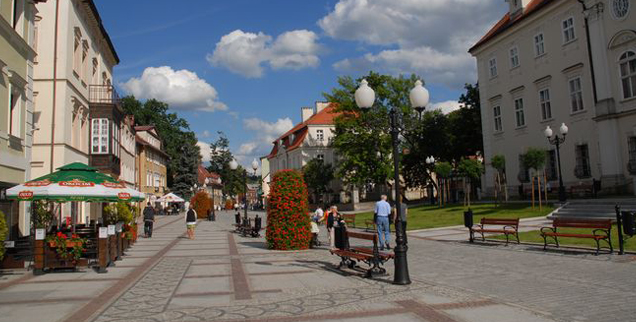 A health resort and recreation centre at the foot of the Giant Mountains with a specific piedmont and strongly stimulus climate. 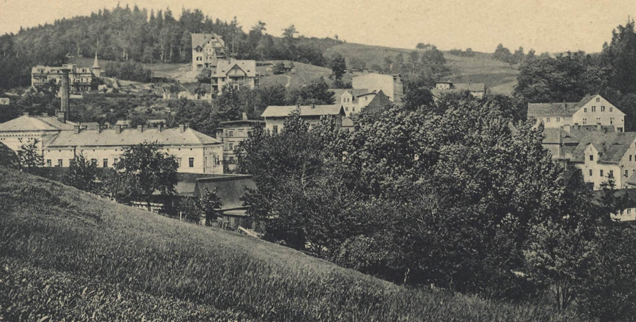 It is a spa town in a wonderful, fairy-like location. Individual parts of the town are in charming picturesque valleys surrounded by forested hills belonging to the Walbrzych Mountains and the Owl Mountains. 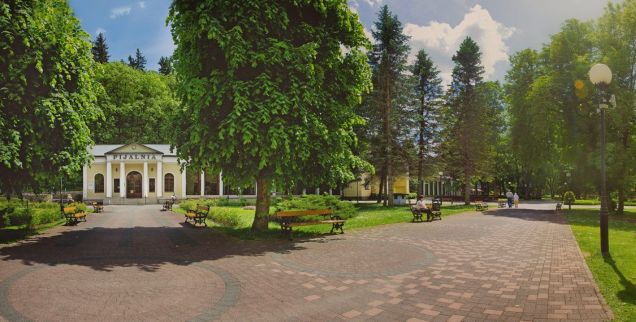 Duszniki-Zdroj spa is located in a narrow valley of the Bystrzyca Dusznicka River on a former trade route leading from Czech Prague to Wroclaw. Nearby is the nature reserve ‘Peatland by Zieleniec’ and a uniformly forested ridge of the Orlica Mountains. 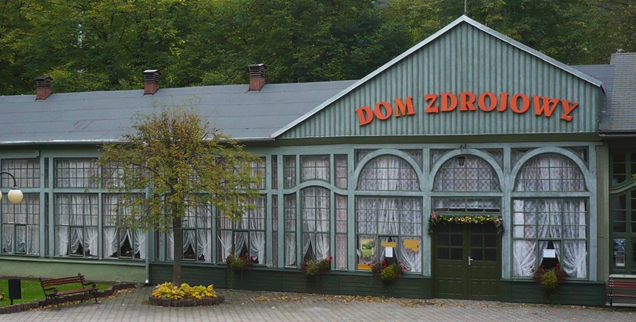 Dlugopole-Zdroj is a small village upon the Nysa Klodzka river where you can enjoy water from three healing springs - Renata, Kazimierz and Emilia. 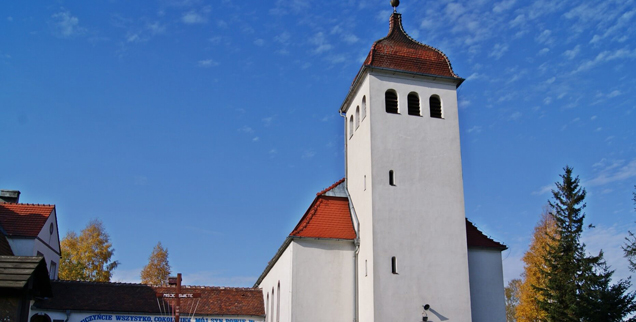 Czerniawa-Zdroj is a small picturesque resort located in a deep valley between the ridges of Stog and Smrek. Thanks to its unique climate it is an ideal place for the treatment of children and relaxation for adults. It is a unique on a national scale spa and recreation complex. 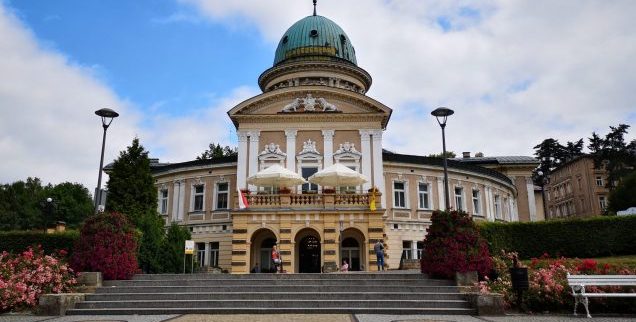 In Ladek-Zdroj a visually impaired artist prepares to renovate a record-breaking egg forgotten by the inhabitants.