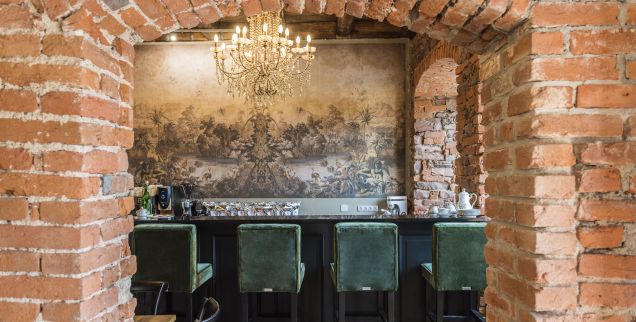 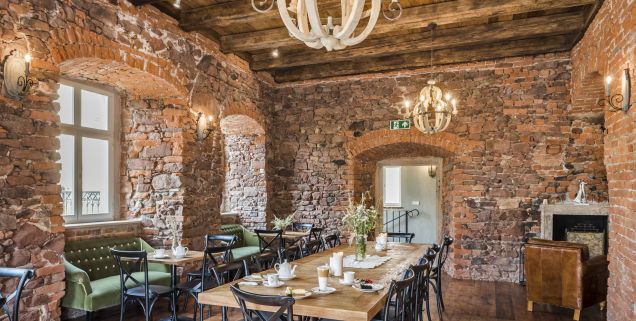 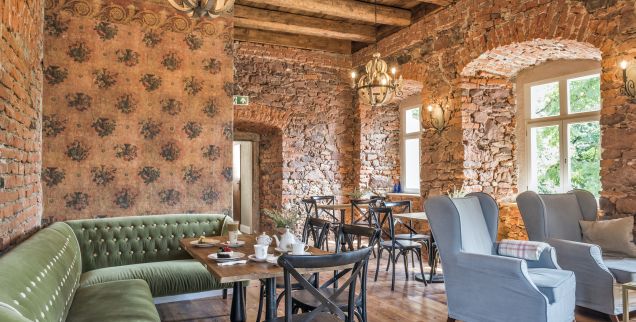 We invite you to the cafe in the 16th century interior and to the Chapel of St. John of Nepomuk from 1738 www.zameksarny.pl

Situated on a rocky ledge in the valley of the Ścinawka River, between the Owl and Table Mountains, the historic complex in Sarny (German: Scharfeneck) is one of the most architecturally interesting historical palace and farm complexes within the present boundaries of Lower Silesia.

In the Middle Ages, a knight’s tower was built in Sarny, about which little is known. Its remains are to be found in the basement of the palace and the gatehouse, whose corridor and gateway most closely correspond to the form of the ground floor of the knight’s tower. In 1590, Fabian von Reichenbach completes the construction of a Renaissance manor with fortifications. On the ground floor, the archaic, Gothic-like cross vaults have survived to this day without any transformations.

The original castle layout included a manor house, a servant’s house (now a steward’s house) and a gatehouse, surrounded by a curtain wall with arrowslits. In addition to the castle, a walled farm and a small summer mansion in the park were also built.

The castle was transformed and opened over the following centuries, when times were calmer. The manor house was rebuilt into a palace in 1660, and the journeyman’s house was expanded to serve as a palace wing.

For most of its documented existence, the establishment belonged to the wealthy family of the counts von Götzen, from which many of the Kłodzko starosts originated. It was at the Scharfeneck Castle in 1866 that Gustaw Adolf Countess was born. Götzen, later colonial governor of German East Africa.

The Götzen family made Scharfeneck flourish, expanding the residence, adding a summer palace, and in the 18th century the Chapel of St. John of Nepomuk, richly decorating it with polychrome. After 1945 and after Scharfeneck was renamed Sarny, the complex became the property of the State Treasury. After the liquidation of the State Farms, the facility deteriorated significantly, standing on the verge of collapse.

In 2014, the palace was secured against collapse and the renovation of the guardhouse and design works began.

In 2017, the gatehouse was put into operation after a major renovation. St. John of Nepomuk with a painting from 1738 is open to the public every day.

The manor yard of 0.64 hectares

A historical park of approximately 5.3 ha, including 2.27 ha on the western side of Włodzica