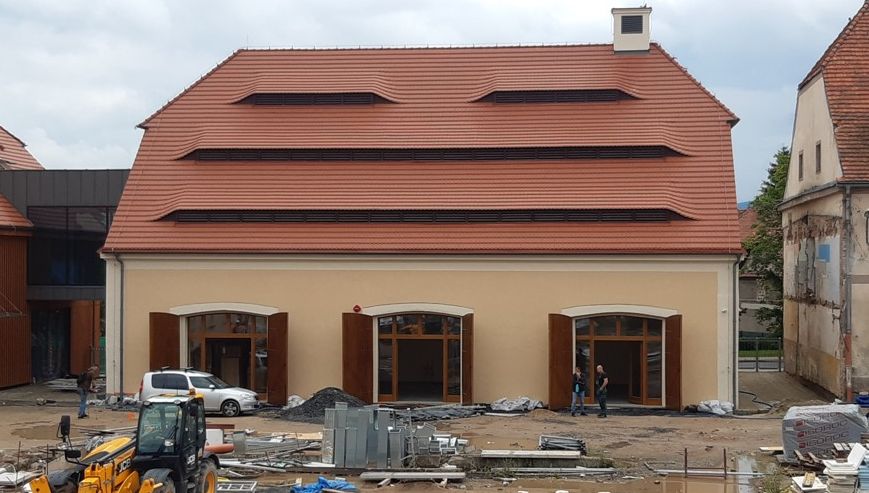 This large project was divided into three stages:

1. Adaptation of the palace for the needs of the Museum and Educational Center of the Karkonosze National Park.

The task includes the performance of construction works on the ground floor and in the basement of the palace, enabling the adaptation of the rooms for the needs of the educational exhibition and providing services to the visitors of the exhibition, by building a cloakroom and sanitary facilities. The action also includes the construction of a staircase and an elevator enabling access to the facility for disabled people and providing access to the management and information center in the field of the national park, the Natura 2000 network, the Ramsar area, the UNESCO MAB Krkonose / Karkonosze bilateral biosphere reserve and the National Geopark located on the first and second floor of the palace.

2. Implementation of an interactive educational exhibition.

The task includes the creation of an interactive educational exhibition on nature protection in the Karkonosze Mountains (with the use of historical elements of nature protection), located in the historic interiors of the palace ground floor, fully accessible to the disabled.

3. Development of the area around the palace for educational purposes.

The task includes the development of the area around the palace for the needs of an educational path and infrastructure enabling the use of the facility by visitors, with particular emphasis on disabled people, for whom access to the facility is currently impossible due to the existing architectural barriers at the stage of access roads.

One of the projects of the future exhibition, photo: KPN

More information from construction site of Museum and Education Center of the Karkonosze National Park in Sobieszów is availible on KPN blog.